2021-05 We have launched SequenceServer Cloud - so that all can run fast BLAST searches on our servers.

2019-08 Our paper describing SequenceServer is now out in Molecular Biology & Evolution.

2018-06 We have been releasing beta releases of a fundamental rewrite of Sequenceserver that incorporate a large number of new features including multiple visualisations that help to understand BLAST results. Details on how to beta test the new version are given here in the support forum.

2016-04 Hiten Chowdhary joins the team to extend and improve visualisation of BLAST results in SequenceServer as part of Google Summer of Code (GSoC) with Open Genome Informatics.

2016-03 One-line setup with Docker - only need path to database sequences.

2016-02 SequenceServer cited in over 20 publications and downloaded over 34,000 times from RubyGems.

2015-05 SequenceServer 1.0.4 - taxonomy data in tabular output, other fixes and enhancements to the HTML report.

2012-08 SequenceServer cited: Elphick MR (2012) The Protein Precursors of Peptides That Affect the Mechanics of Connective Tissue and/or Muscle in the Echinoderm Apostichopus japonicus. PLoS ONE.

2011-12 SequenceServer needs your help. Contribute to a useful real world Bioinformatics project by squashing some bugs or improving features . Great opportunity for CS or Webdesign students interested in Bioinformatics or Usability. In particular, our twitter bootstrap CSS interface has potential. Please get in touch.

Ongoing Bugs being resolved & improvements being made. Check the GitHub page for recent activity.

2011-02-01 SequenceServer was deployed on the Fourmidable ant genome database simultaneously with the publication of three ant genomes.

Rapidly set up a BLAST+ server for individual use or for sharing datasets with your colleagues and your community. Focus on the biology and getting things done. SequenceServer is free and open source.

SequenceServer is extensively used in private and public sector labs for cloning, comparative genomics, gene curation, design of diagnostic markers and many other applications. Our software has helped research on humans, viruses, bacteria, agricultural plants and animals, and dozens of emerging model organisms. SequenceServer is a main querying mechanism for dozens of community databases (e.g., Drosophila suzukii, planarians, Lotus japonicus, echinoderms, ants, butterfly), and is also used for teaching.

Run the following in a terminal to configure and run SequenceServer. It will automatically download NCBI BLAST+ if absent, ask for the location of directory containing database sequences, format FASTA files for use with BLAST+, and list them for use in the search form:

If using Docker, you need to provide the databases directory up-front:

That's it! Open http://localhost:4567 in your web-browser and start BLAST-ing! 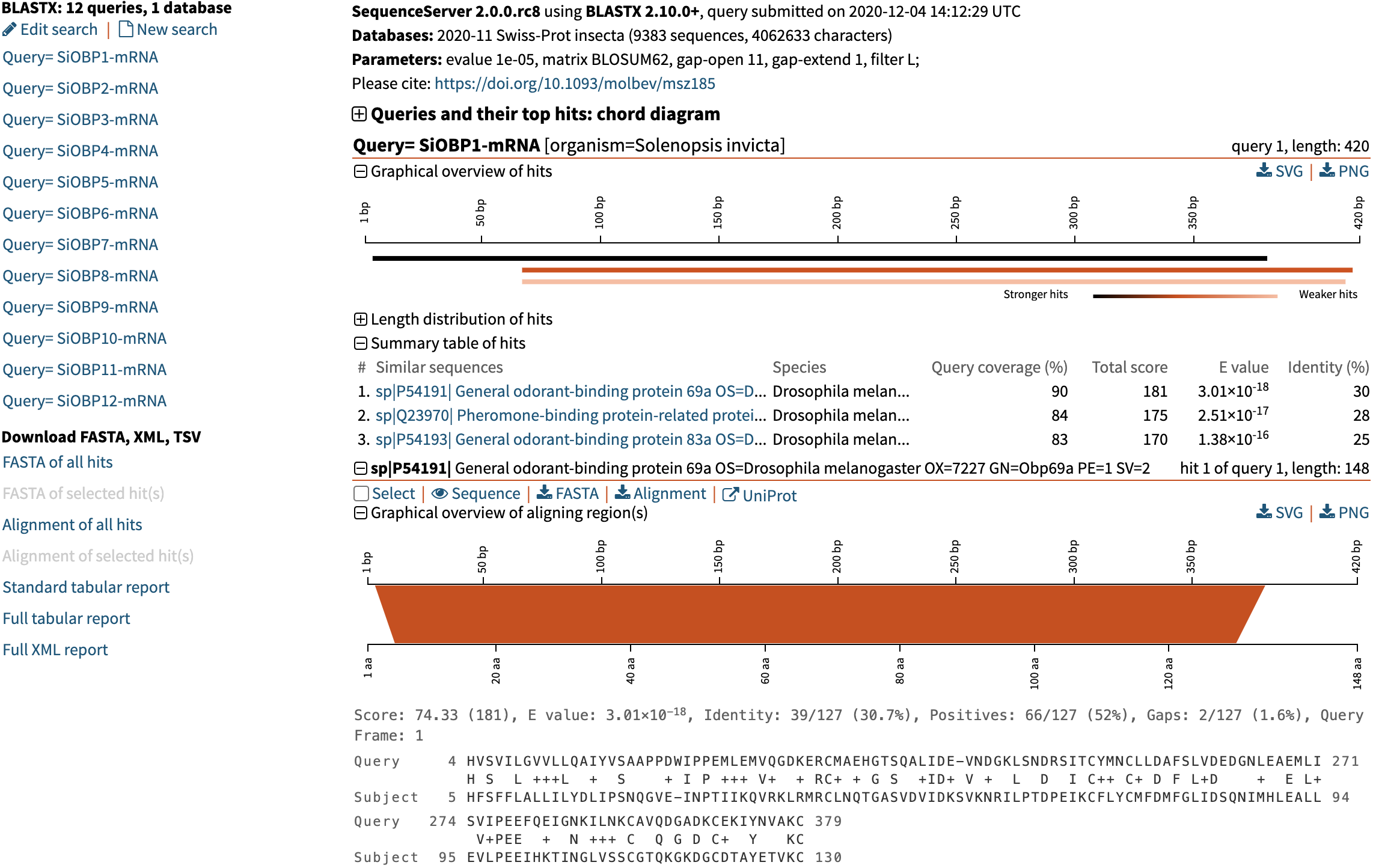 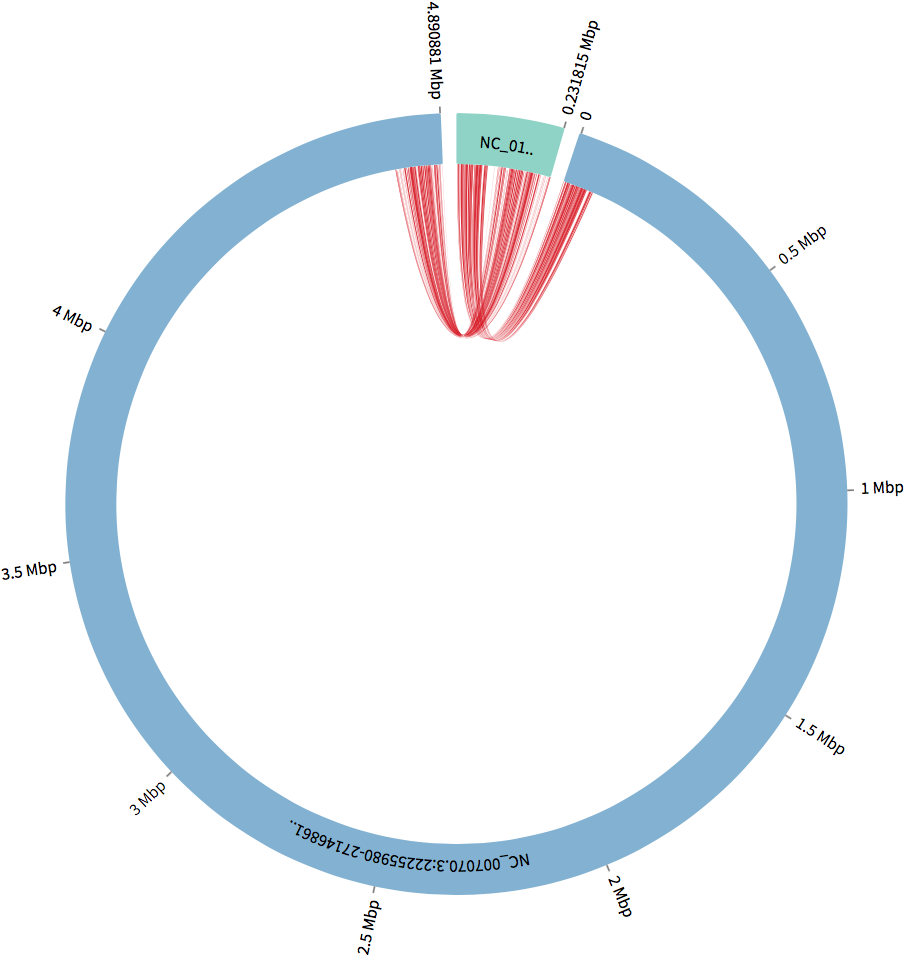 Screenshot: Length distribution of hits showing that the query (a predicted gene product) is longer compared to similar database sequences. 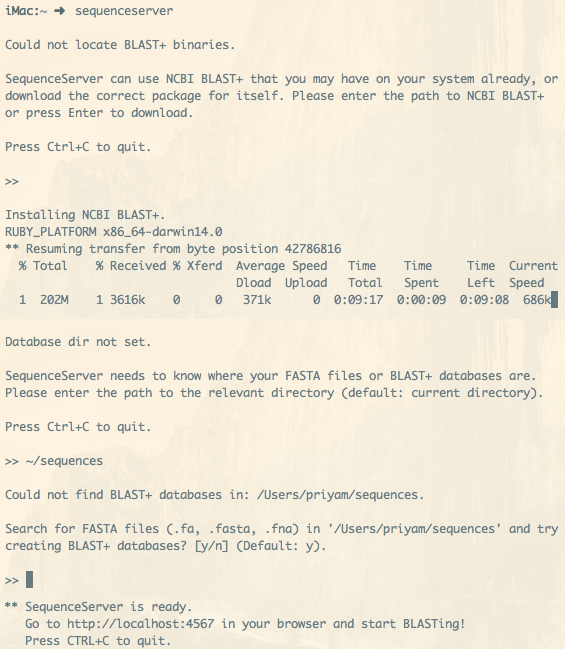 Installing SequenceServer is straightforward on most UNIX systems. However, this isn't for everyone.

Having spent 15 years running BLAST servers, we have now created SequenceServer Cloud. A hassle-free, secure and cost-effective solution for labs, institutions and individuals. Find out more.

SequenceServer is free to use by any individual or organization for all purposes under GNU AGPL version 3. Custom licensing is also possible if AGPL doesn't suit your needs - get in touch. Please see Razuna's licensing information page if in doubt. Our licensing model is same as theirs.

We request you to not remove the please cite line from your installation of SequenceServer. Citations are important for us to actively develop and advance SequenceServer.

Have an issue in deploying SequenceServer? Something is not working as expected? Have a tip? A feature request? Or just want to encourage further development? Post it to SequenceServer Google Group and we will work something out.

We are also available for consulting which can range from custom support to server deployment and administration to implementing specific features. Get in touch.

Scholar is typically the best place to find the most recent citations. But we also have an outdated list here:

and many additional private installations that we don't know about...